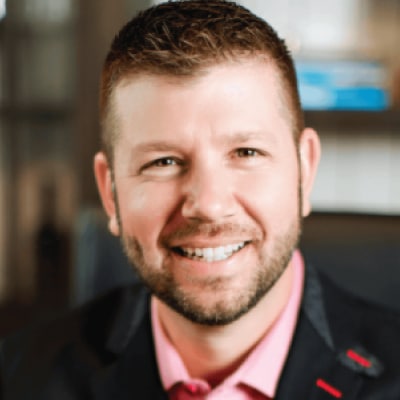 Joseph Mast grew up as a seventh-generation dairy farmer and began his auction career in Amish Country of rural Holmes County, Ohio. Since that time he has become a champion auctioneer, industry icon and recognized authority on leadership. Today Joseph Mast and Mast Auctioneers provide preeminent Auction Talent serving the world’s finest auction markets. As a 15-year veteran Joseph has become a sought-after speaker and thought leader on General Business Leadership and Auctioneering. Joseph Mast currently leads teams of auctioneers and auction professionals at Barrett-Jackson Auctions Co.: Classic & Collector Car Auctions, Fasig-Tipton: Premiere Thoroughbred Racehorse Auctions and the Akron Auto Auction: Northeast Ohio’s leading Wholesale Automobile Auction. Additionally, he is an auctioneer for CAT Auction Services: Heavy Equipment Auctions, Harrisburg Standard bred Sales: Horse Auctions, and Williams & Williams Real Estate Auctions. His Championship career began in 2001 as an auctioneer in the rolling hills of rural Northeast, Ohio and he quickly found himself conducting 6 automobile auctions weekly. In 2005 was named the Ohio Auctioneer Champion by the Ohio Auctioneers Association. In 2011 he won the prestigious 2011 International Auctioneer Championship and is still the youngest man to ever win the award. Over the years, his career has led him to appear on the nationally televised GEICO Commercial Campaign. He has helped raise hundreds of millions of dollars for charities and benefits both locally and nationally including the “Power of Love Auction” in Las Vegas for Larry Ruvo and the “Brent Shapiro Foundation” for Attorney Bob Shapiro. He has served on the Board of Directors of the National Auctioneers Association. Personally, Joseph Mast is married to his high school sweetheart, has three children and lives on a small farm in Millersburg, Ohio. He is a pilot, an avid conversationalist and hunter.

Reach out to Joseph